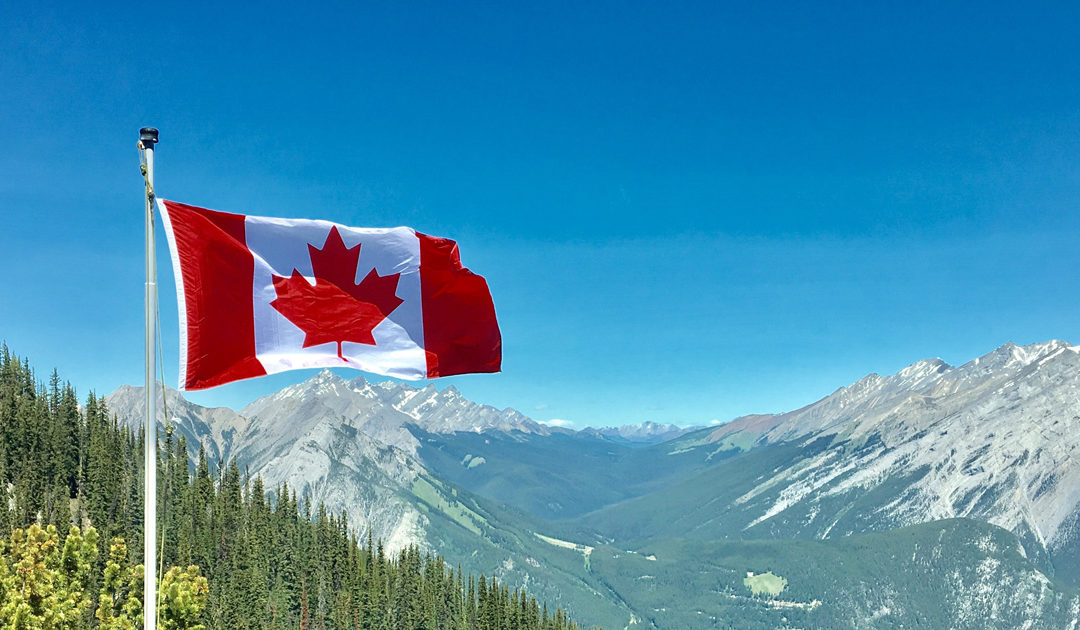 Celebrate all things Canuck with a Canadian-themed weekend in Vancouver. From beers and bears to puck drops and poutine, the city has plenty of patriotic places to rock a red and white weekend! Get ready for some Canadian comfort food, plenty of plaid and some of the country’s most curious creatures, all here in our insider itinerary.

Hail Caesar!
No, not the salad! A Caesar is the Canadian brunch beverage of choice — usually made up of vodka, clamato juice (that’s clam and tomato), and spicy Tabasco sauce. Davie Street’s favourite patio destination, The Score, takes Caesars to the next level with special toppings from a Grilled Chaesar with fried pickles, onion rings and a grilled cheese sandwich to a $60 ‘Checkmate,’ which comes topped with a gut-busting Cornish game hen, pulled pork mac ‘n’ cheese dog, burger, pulled pork slider, onion rings, chicken wings, and a brownie.

Befriend Bears and Beaver Tails on Grouse Mountain
If you’re in the city from spring through fall, get to Grouse Mountain on a free 30-minute shuttle ride from Canada Place. Take the gondola up to the mountaintop to meet the resident grizzly bears (don’t worry, they have their own home enclosure) and head to the Beaver Tails hut to taste a Canadian classic (again, don’t worry… it’s just a flat dessert pastry and not an animal appendage). Enjoy the views from the top, then seek out the lumberjack show for special stunts that involve log-running, tree climbing and plenty of plaid. Winter visitors will still be greeted with a very Canadian snowy wonderland, although they will find that the bears are hibernating during this season.

Tuck Into Local, Indigenous Cuisine
There are plenty of ways to learn about the Indigenous history of this land; spending an afternoon at the Museum of Anthropology is a favourite of ours. Of course, we’re always up for a fantastic meal and wine, too. Enjoying dinner at the Indigenous-owned Salmon n’ Bannock is a great way to sate your appetite while gaining insight to foods traditional in the region. Think mouthwatering dishes like pemmican mousse (savoury mousse made with smoked and dried bison mixed with cream cheese and sage-infused blueberries), and “Fiss n’ Rice”—wild sockeye salmon on a bed of Ojibway wild rice with a brown butter sauce, vegetables and bannock, a traditional flatbread. There’s even a tidy little wine program featuring top drops from local Indigenous-operated wineries.

Fly Over Canada in 15 Minutes
Belt up and get ready to ‘fly’ across the country from Canada Place. FlyOver Canada is a breath-taking immersive experience that takes you on a realistic flight from the East Coast and the Maritimes to the most western point of Vancouver Island. We don’t want to spoil too much of the surprise but it’s a must-do if you want to see Canada from the sky without taking off.

Catch a Vancouver Canucks Game
Want to sound like a local? Drop the ‘ice’ and just call it hockey when you turn up for a Vancouver Canucks game at Rogers Arena on the edge of downtown. Grab a beer — Molson is a big brand or try one of the local craft beers on tap there such as Red Truck Brewing. Cheer on the Canucks and join in the fun at Canada’s favourite game. If you’re visiting outside of hockey season (which runs roughly October to April) or you’ve got time, and the inclination, pop to the BC Sports Hall of Fame in nearby BC Place and to learn about some of the province’s most well-loved sportsmen and women.

Pick Up Some Poutine
Squeaky cheese curds, gloopy gravy and fries might not sound like a delicacy but the humble plate of poutine is Canada’s national dish. Best consumed after a few of those hockey beers, poutine appears on many menus in upscale versions (duck fat or pork belly, anyone?) but can be found as take-out at Davie Street’s Fritz European Fry House and La Belle Patate.

Looking for a Canadian-themed stay in Vancouver? Check out our great rates for your vacation.