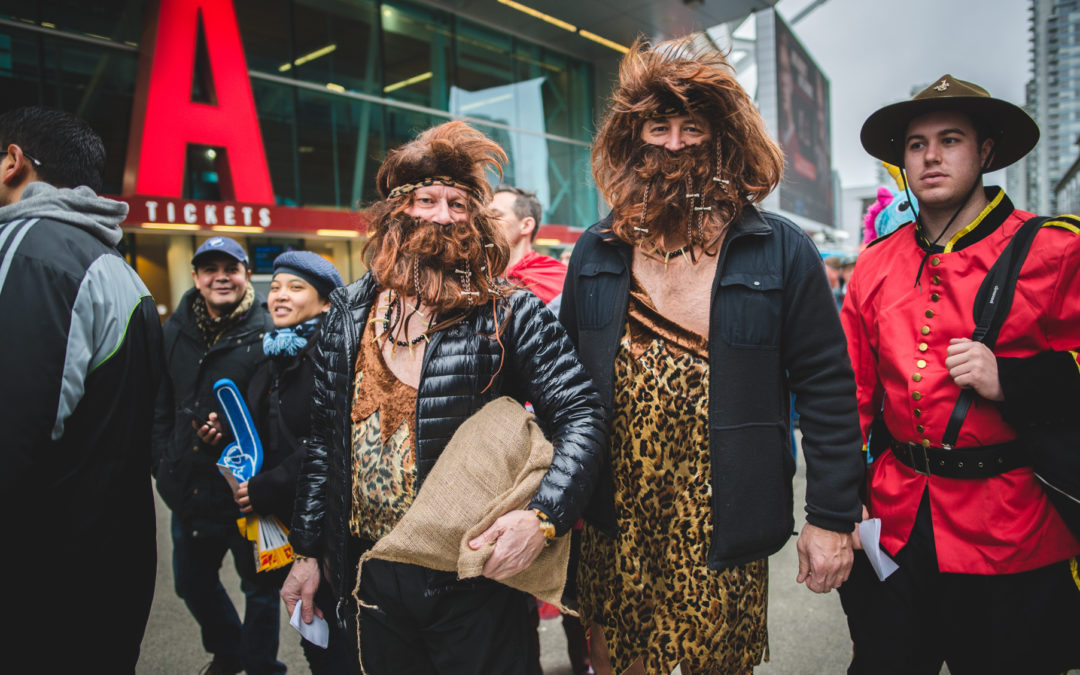 We hope you’re ready for one heck of a party! The World Rugby Sevens Series is returning to Vancouver for its fifth year, March 7 and 8, and the city is already buzzing.

Get your crew together for a weekend of high-intensity sport and international competition. The event will see 16 national teams compete in a fast-paced and shorter version of traditional rugby: seven players per side compete in two seven-minute halves – meaning you can jam in a lot of rugby (and beer!), over this incredibly fun weekend.

The play on the field is action packed, but almost as entertaining are the ‘fancy dress’ costumes. Basically, think “Halloween in March” and you’re there. From Canadian lumberjacks and full-size Lego men to squirrels, beavers and cowboys riding dinosaurs, Sevens fans go all out over this two-day event and this year’s costumes are sure to be wackier than ever.

Make sure to get your tickets soon. This popular event breaks attendance records each year, drawing more than 77,000 cheering fans. And this year’s Sevens series will be the last chance to see Canada’s teams compete on home soil before both the men’s and women’s teams head to Tokyo for the 2020 Olympic Games. If you’re coming to Vancouver to catch the action, don’t forget to book a stay with us at The Burrard. We’re only a 15-minute walk from the stadium, and steps away from some of the city’s best eateries and bars. We can’t wait to see your costume!