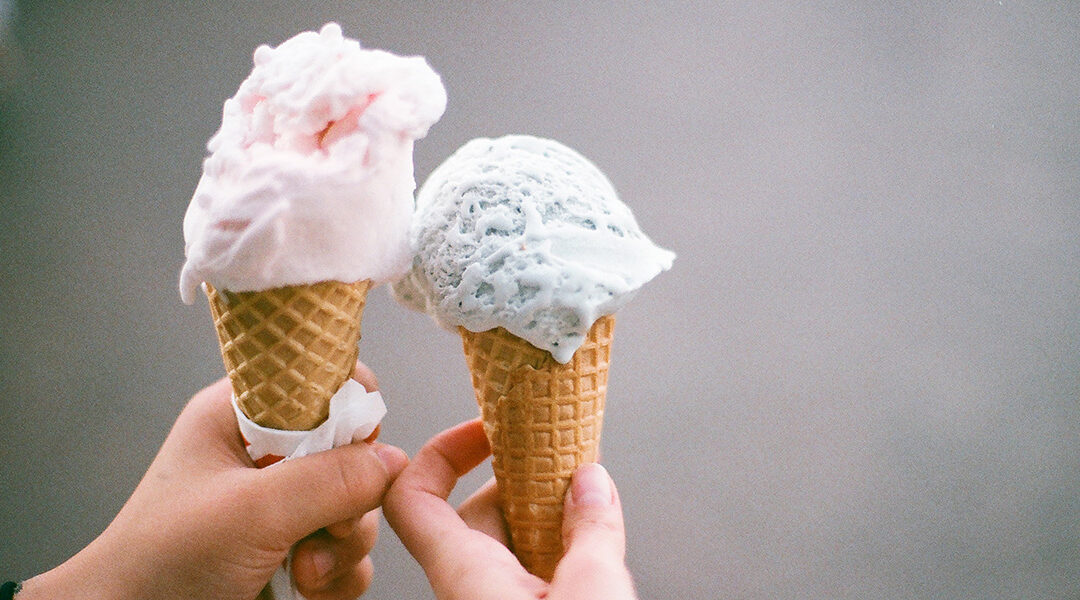 Nothing pairs with a hot summer day quite like a freshly-scooped ice cream – especially for those with a sweet tooth. Vancouver’s ice cream scene has undergone a renaissance in recent years with a whole host of flavours, textures, and ingredients to choose from. From simple selections for the traditionalists, through to out-of-this-world combos for adventurous types, there’s an ice cream parlour to perfectly pair with any palate.

Bella Gelateria
1752 Davie Street
Bella Gelateria is a must-visit in Vancouver, and this location is just a short walk from The Burrard. This award-winning scoop shop makes their flavours from scratch using seasonal ingredients from around the world, meaning the menu can change daily. In 2012, Bella Gelateria took home first place at the Florence Gelato Festival – putting Vancouver on the map! Favourite flavours range from classic to exotic including Akbar Mashti, a Middle-Eastern flavour that combines saffron, rosewater and pistachio; and Essex, a sweet milk and sea salt blend.

Rain Or Shine Ice Cream
102 – 1926 West 4th Avenue
When strolling the shops of West 4th Avenue in Kitsilano, a stop-in at Rain Or Shine Ice Cream offers a welcome opportunity to take a load off and treat yourself. They keep a keen focus on local, sustainable, and seasonal ingredients by partnering with British Columbian suppliers like Birchwood Dairy, Hazelmere Organic Farms, Vancouver Olive Oil Company, and JJ Bean Coffee. Look for faves like Honey Lavender, Blueberry Balsamic, and Coffee Toffee, as well as seasonal flings such as Strawberry Earl Grey and Watermelon Margarita.

Earnest Ice Cream
1829 Quebec Street
What started as a humble ice cream tricycle found at Vancouver Farmer’s Markets a decade ago has become four ice cream shops—including this gem in Olympic Village—and one of the city’s favourite local retail suppliers. Flavours like Matcha Green Tea and Whiskey Hazelnut make Earnest Ice Cream a perennial hotspot, and their Salted Caramel is the stuff of legend around these parts. Vegans are well taken care of as well, with delights like Vegan Peanut Butter Chocolate Pretzel sandwiches and other fare.

Soft Peaks
25 Alexander Street
Soft Peaks serves up the flavours of Vancouver in a cup or a cone. The soft serve shop “lives and loves” local using milk from Vancouver’s own Avalon Dairy, honeycomb (one of their most popular flavours) from the Okanagan and Fraser valleys, and rotating seasonal toppings such blueberries and strawberries. Making your dessert that much sweeter is that fact that Soft Peaks also donates partial proceeds to the BC Children’s Hospital.

Mister
1141 Mainland Street
This is not your average ice cream. The scoops served up at Mister are created using liquid nitrogen to give these cups and cones a whole new texture. To get behind the science, the cream is quickly frozen at ultra low temperatures which makes smaller ice crystals which uses less air than in regular ice cream. The result is a more intense flavour. With locally sourced ingredients, a seasonally inspired menu, and a signature pentagon cup, these treats aren’t just smart, they’re genius.

Too many choices? Why not treat yourself to an extra day in Vancouver? Check out our great rates for your stay.